These sides were promoted together from the Swedish second tier last term and it’s a game that has scarcely graced the top flight stage. The 2017 Superettan was won by Brommapojkarna, who finished a comfortable 10 points clear of 3rd placed Trelleborg. However a play-off victory over Jönköpings Södra ensured that Trelleborg would be joining them in the top flight after a six year absence from the Allsvenskan.

Predictably both sides find themselves in the bottom six as we head towards the summer break but neither are in the drop-zone heading into this one. Victory for either side would be a real boost and give them a bit of a cushion to protect when the Swedish domestic action resumes in July.

The result isn’t an easy one to predict with neither side really offering up any firm assurances that they will get the job done. Brommapojkarna are yet to pick up an away point this term, one of just two sides in the division yet to avoid defeat on their travels. They’ve conceded a huge 3 goals per game on average away from home and also have the Allsvenskan’s worst overall defensive record.

That bodes well for Trelleborg’s forward players but their home record isn’t exactly great either. 4 of their 5 outings on home soil so far this term have ended in defeat, which is a bit of a surprise given they only lost once on their own patch last term on the road to promotion. They netted twice or more in 75% of their home league matches in that season and will be hoping a victory over Malmo last time out at Vångavallen, which gave them their first home points of this campaign, will set them on the way to better things.

Overall, this match promises to deliver goals, largely because neither side convince defensively and both will view it as a relatively rare chance to put three points on the board. All of Brommapojkarna’s away games this season have produced over 2.5 goals while the same applies to 60% of Trelleborg’s home games.

Certainly this game should see a fair few defensive errors and both teams will be looking to take advantage of that and going for Over 2.5 Goals could be the best move in a match that is essentially a relegation six-pointer.

This will be the first top flight meeting since 2010 when both clashes produced away wins. Brommapojkarna have won 3 of the 4 meetings since then, all of which came in the second tier.

Mattias Hakansson and Salif Camara Jonsson are still out. They have no fresh selection issues. 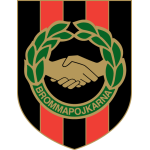 Alexander Nilsson could return for the visitors. The midfielder has been struggling with a foot injury.