Uruguay came into the 2018 World Cup as many pundits’ dark horses, but they were more than a little disappointing in their opener. They were sluggish throughout the pitch, and star man Luis Suarez had an absolute shocker in front of goal. Eventually they did wrap up the three points as Jose Gimenez powered a header into Egypt’s net in the 90th minute, but it left many Uruguayans wanting much more.

They could get much more in this match as well, because rather than an organised Egyptian defensive unit they will face a Saudi Arabia side reeling from a torrid opening game.

The Asian side, who are favourites to finish bottom of the group, were demolished by host nation Russia on the opening evening of the tournament, losing 5-0 in the end. It’s not so much that Russia played excellently, and more that Saudi Arabia seemed incapable of quashing their attacks.

Indeed, this was Saudi Arabia’s fourth consecutive defeat, and they have failed to win each of their last 11 World Cup games. Nine of those 11 games have ended in defeat, and they’ve failed to score in eight of them. Uruguay’s world class centre back pairing of Diego Godin and Jose Gimenez shouldn’t have to worry about too much on Wednesday.

Instead, we’re focusing on their ability at the other end of the pitch. Gimenez scored the only goal of the game against Egypt, but Godin netted three in qualifying for Uruguay and they face a team historically poor in the air. Saudi Arabia have conceded 14 headed goals since their World Cup debut in 1994, which is more than any other team in that period. Additionally, they looked incredibly weak at set plays against Russia, so backing Diego Godin to score anytime looks an excellent price here.

As far as the overall result goes, it’s hard to look beyond Uruguay. They were poor against Egypt, but Saudi Arabia’s defence was dreadful in Moscow. They have lost by at least three goals against both Peru and Russia in their last three games, so we’re backing a Uruguay -2 Asian Handicap here.

Considering Saudi Arabia have failed to score in eight of their last ten World Cup games and come up against one of the best defensive partnerships in the world, we also like the look of Over 2.5 Goals and Both Teams Not to Score, along with a 3-0 correct score predictions.

The previous meeting between Uruguay and Saudi Arabia was in a 2014 friendly, which ended 1-1. This is the first time the two have faced each other in the World Cup though. 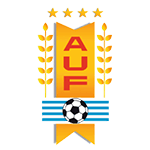 Uruguay are expected to field the same lineup as they did against Egypt here, with star strikers Luis Suarez and Edinson Cavani leading the line and Atletico Madrid pairing Diego Godin and Jose Gimenez keeping things tight at the back.

Saudi Arabia could make some changes following their dreadful opener, but captain Osama Hawsawi will remain at the back for them, and it’s unlikely that top scorer Mohammad Al-Sahlawi will relinquish his place up front.