Having hit something of a purple patch a few weeks back, winning two and drawing one, Varberg have once again plummeted. The hosts come into this match having lost each of their last two, while they’ve conceded a rather embarrassing five goals in doing so. Offensively, Joakim Persson’s side have continued to do well, though they need to sharpen up at the other end, especially after conceding twice away at Falkenburgs last time out.

Unlike their opponents here, the visitors are unbeaten in three, though they too are experiencing defensive issues. Results wise, things have improved over the last few weeks, but it’s fair to say that Degerfors are still somewhat frail having conceded twice in each of their last two fixtures.

The hosts are struggling to stop goals going in at one end, but they’ve not exactly found goals hard to come by at the right end. Against a visiting team who’ve shipped four in their last two, as well as six in their last three away from home, Varberg will very much fancy their chances going forward.

Much of the same can be said for the visitors, who’ve scored four in their last two. Not only have Patrik Werner’s men notched at least twice in their last two matches, but they’ve scored plenty of goals on the road of late, scoring in four of their last five on their travels, notching a total of eight goals during that time. Such a scoring record bodes well ahead of a match against a team who will almost certainly give plenty away.

In truth, having seen how their opponents have fared in recent weeks, both teams will be viewing this as a winnable contest and both are thus fancied to have a go. Given the way in which both have been defending of late, it would be a surprise if goals didn’t arrive. After all, ‘Over 2.5 Goals’ has landed in eight of their last ten combined. Based on recent performances, at both ends of the pitch, plumping for a goal-filled game is the way to go.

Degerfors came out on top when the pair last met, winning by a goal to nil, though Varberg had won three on the bounce prior to that. Interestingly, despite having had six attempts, Degerfors have never beaten Varberg away from home. 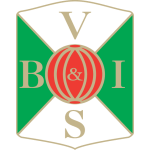 The hosts are currently operating at close full capacity and should be able to field a strong XI on Tuesday evening. Adama Fofana has missed the last couple of matches and may still be out, while the same can be said for Zev Taublieb. 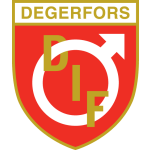 The visitors should also be close to full strength on Tuesday, though Oliver Nilsson could miss out. Erik Grandelius returned to the bench last time out and may now feature more prominently.