If there was any doubt about Venezia’s promotion intentions, they laid those to rest with a 3-0 victory over Perugia on Sunday. The Arancioneroverdi have moved in to the semi-final stage of the promotion play-offs in style, and now Palermo are the latest side standing in the way of their big ambitions. The visitors come here after dropping out of Serie A in the middle of a crisis last year, but they’ve adjusted in the second tier to make a push for a speedy return to the highest level of Italian football. Will they move a step closer with victory on Wednesday night?

The hosts are out to continue their impressive rise through Italian football, and they’re doing that with Pippo Inzaghi at the helm. The legendary striker has seen his younger brother succeed in the top flight with Lazio, and now he’s hoping to join him. His club have recorded back to back promotions to get this far, and the Venice side are hoping to follow Parma’s lead and record three in a row to move in to Serie A.

The Venice side have had an incredible history in recent years, dropping out of the top tier 16 years ago. Since they’ve had a string of financial issues, and most recently New York lawyer Joe Tacopina swept in to save the club as they struggled in Serie D. He’s managed to turn their fortunes around, with Inzaghi joining nine months later. He led them to top spot in the third tier last season – beating out Parma – and they’ll be hoping this journey takes them straight up yet again.

If Venezia are to go up this season, they’ll need a strong result at home this week. They picked up 63% of their points in the league at this ground last term, and now they’re hoping to use their home form to their advantage against Palermo. The visitors did lose 3-0 here earlier this season, and the Rosanero have been poor defensively on their travels, conceding 59% of their goals on the road.

Palermo have also failed to score in 43% of their away trips, and they take on a side who are excellent at recording big home victories. The hosts won seven of nine meetings with the top 10 sides this season, beating every side from 4th down to 10th, while picking up a 1-0 win over champions Empoli. Palermo won just one of their trips to their fellow top nine sides, so we think that backing a home win is the best way to go on this game.

Both teams have scored in just one of the last six meetings between these sides. Palermo last won here in 2003. 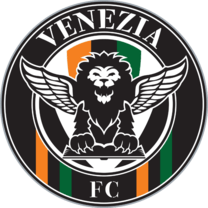 Alex Geijo, Agostino Garofalo and Sergiu Suciu all miss out for the home side. 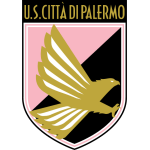 Palermo have no selection issues as they aim to return to the top flight.