VPS claimed a 3-1 victory at the weekend, as they won away to Inter Turku. That result has left them seventh in the Veikkausliiga, which means they’re seven points clear of the drop zone. This week’s visitors aren’t so well off, they’re in danger of the drop after yet another result went against them. Can IFK Mariehamn turn things around with three points this weekend, or will they come up short yet again?

The home side have got themselves back in form, but they’ll struggled in front of their own fans this season. They’ve already lost three of eight home matches, and that form has got to be a concern. Beating Mariehamn this week would be a strong way to turn things around, but they head in to this encounter with an awful record at home to Mariehamn. The last six matches between the pair at this ground have seen just one win for VPS, which doesn’t exactly bode well for this week’s meeting.

VPS have scored 56% of their goals at home so far, so they’re unlikely to draw a blank in this game. They may have let in a goal in their last five matches, but that’s beaten by Mariehamn’s six game stretch without a clean sheet. The visitors have been poor in general at the back, failing to keep an away clean sheet this term, letting in a goal in 93% of their league games overall.

We think the poor quality of both defences points to a high scoring game. VPS have seen both teams score in five of their last six home games, while Mariehamn have seen both teams score in 71% of their league games overall. We are going with BTTS as our main tip here, while we’ve picked out a 1-1 draw. Given that 67% of Mariehamn’s away trips have seen exactly two goals scored, and 62% of the matches at this ground have seen exactly two goals, that looks like a good pick.

Four of the last five meetings between these two sides have finished level, including a 2-2 draw earlier this year.

The hosts will be without Aatu Kujanpää for the remainder of the campaign. 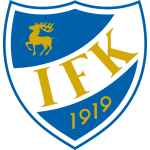 The visitors make this trip without Gabriel Petrovic.